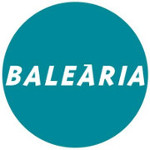 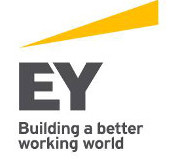 The Role of the European Union & Spain

The previous announcement regarding the thaw in the relations between Cuba and North America on the 17th December 2014 has led to new perspectives for both the southern hemisphere and in Europe. It has also, however, led to many logistical questions such as how will the embargo be lifted; how long will the process take; and what role Spain and the EU play in this process. By the end of last year, after some cautious negotiations, the feasibility was expressed to conclude the political, legal and diplomatic embargo; the longest of contemporary modern history.

Spain, which has always been historically linked to Cuba, shares not only effective bonds and relations, but together shares strong political, social and economic ties. Hence, staying out of the process of this transition of Cuba is not an option for Spain; as it is perfectly placed to cooperate with both countries involved, as well as act as chief mediator with Europe in order to follow the negotiations and can assist to enable dialogue and effective deals. The Spanish role must be responding to the political will of both Cuba and the U.S., whose goal is to construct a relationship based on mutual respect and sustainable development between both countries. Furthermore, it should also invigorate European intervention in the process, repealing common stance and to help stabilize Cuban participation abroad as well as in international institutions.

In order to involve the highest number of participants in the normalization process concerning Cuban-North American relations, the Institute for Cultural Diplomacy (ICD) under the leader ship of President José Luis Rodríguez Zapatero will be hosting a conference to reflect and discuss these themes on October, 20th, 2015 in AC Cuzco Hotel in Madrid, dedicated to discuss the following topics below.

The Conference will include the following panel discussions:

Analysis of the political rapprochement between Cuba and North America. The new political agenda: towards the reestablishment of political and diplomatic relations. How to progress towards the end of the embargo?

Economic reforms and investment perspectives in Cuba. New Law of Foreign Investment and Special Economic Interest Area of El Mariel; Towards a cooperative agreement between the EU and Cuba; Prediction and development of the agricultural sector, touristic sector, infrastructures and the technological sector in Cuba.

Sustainability, innovation and cooperation in Latin America. How to make progress and how to do it in a sustainable way, counting on innovation, paying attention to the requirements regarding the fight against climate change, and taking advantage of cooperative programs, the challenges that Latin America has to face and, in general, those challenges facing developing countries.

Spain and Cuba: a story with a future. The impact of the Law in Historical Memory/Evidence; Cooperation towards sustainable development; Shared language and culture; Cooperation regarding the following fields: education, universities, science and technology.